← more from
Odd Cat
Get fresh music recommendations delivered to your inbox every Friday.
We've updated our Terms of Use. You can review the changes here. 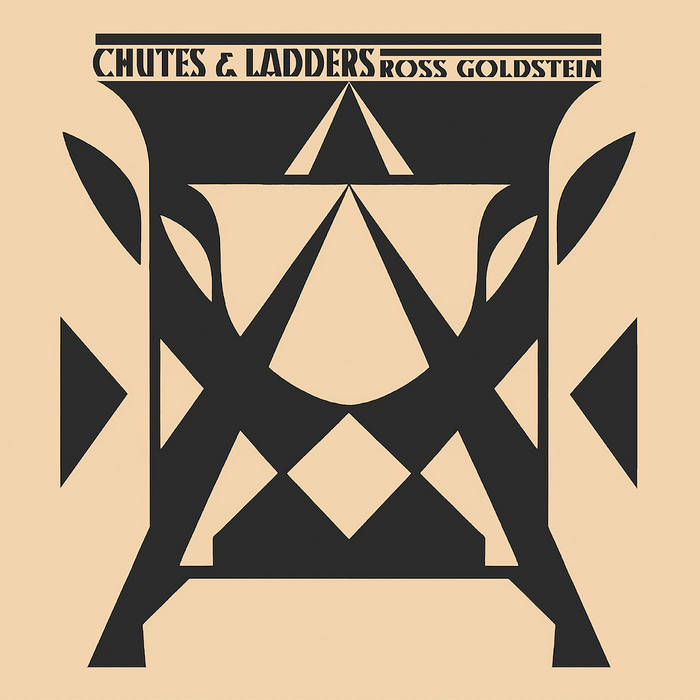 The Mellotron has graced songs by some of rock's most important and popular artists: David Bowie's “Space Oddity,” King Crimson's “The Court Of The Crimson King,” and the Rolling Stones' “2000 Light Years From Home,” to name but a few. Yet it's always seemed more like a side dish than a main course in these contexts. Ross Goldstein—a rock musician with psychedelic inclinations (see his recordings with Devin Gary & Ross, Fog Window, etc.)—decided to thrust the Mellotron to the forefront with a trilogy of albums that culminates in the riveting new collection Chutes And Ladders, which follows 2018's The Eighth House and 2020's Timoka.

Musicians who've used the Mellotron know that it's a notoriously temperamental instrument yet coveted for its ability to generate a panoply of orchestral sounds and timbres. Therefore it's not surprising that it enjoyed a vogue among progressive rock bands in the late '60s and '70s; however, it faded from prominence in the ensuing decades when synthesizers became more affordable.

Goldstein's embrace of the versatile keyboard—albeit a digital simulation of the original invention—represents a bold move into rarely explored sonic territory. Exploring the Mellotron in depth convinced Goldstein to avoid replicating its most familiar tropes, as heard, for example, on the Beatles' “Strawberry Fields Forever” and the Moody Blues' Days Of Future Passed.

The trilogy contains only two sounds not derived from the Mellotron: Goldstein's cat at the end of side A on Timoka and on The Eighth House, a hot springs field recording appears. Every other sound on all three LPs comes from the Mellotron soundcard library.

The Eighth House is an interiorized, spectral soundworld that shares affinities with the Ghost Box label's “hauntological” extrapolations of eldritch soundtracks and '70s European library music. Timoka—whose title comes from a city in Ingmar Bergman's 1963 film The Silence—revels in unfathomably bleak, dank atmospheres in which the low frequencies are the highlights. At its best, Timoka wrings maximal tension and drama from minimal means and glowers like a rarefied science-fiction film score. Chutes And Ladders finds Goldstein coaxing the most vivid and varied sounds from his Mellotron yet.

In a sense, the trilogy seems as if it could be Goldstein's calling card for film directors. The more adventurous ones would be wise to seek out his ingenious mastery of myriad moods with a single tool at his disposal. To its creator's mind, Chutes is a soundtrack for a movie that doesn't exist, but it should—perhaps a psychological horror thriller set in a remote location.

Chutes reveals Goldstein's mastery of subtle mood shifts and tonal shading. On “Diabolo,” what sounds like the long sustain from a vibraphone creates a feeling of fraught suspense and conflicted wonder. “2020” stands as one of Goldstein's strangest pieces (apt, given what went down that year), its ill drones, abrupt pivots in mood, and quick cuts from contentment to contentiousness leaving the listener thrillingly disoriented. Similar sorcery animates “The Blue Desert,” a tour de force in which unsettling, faux-operatic male vocals and ominous, low-end drones are cross-hatched with enigmatic smears of xylophone-like timbres and a string resonance that's the aural equivalent of a UFO. Goldstein's love of classical music surfaces on “Allegretto (Beethoven)” and “Largo (Shostakovich).” The former evokes a stately procession through a 17th-century cathedral, its elegant melody bearing a rich chiaroscuro of tones, while the latter bestows an ancient chamber-music beauty that wears its ominousness lightly.

Bandcamp Daily  your guide to the world of Bandcamp